“Out of sight, out of trouble.”

That’s the expectation Colonial School District has when it comes to the new cell phone policy it’s rolling out this school year in middle schools.

As students enter George Read, McCullough, and Gunning Bedford middle schools, they have the option to put their phones in pouches that will be closed and secured during the day.

The Colonial School District’s cell phone policy for middle schools aims to help improve students’ social and emotional well-being - and with it their performance.

The district is taking an “out of sight, out of trouble” initiative with cell phones at George Read, McCullough, and Gunning Bedford middle schools.

When students enter the school, they have an option to put their phones in pouches that will be closed and secured during the day.

So, George Read Middle School Principal Nick Wolfe says the schools are providing students a pouch that keeps their cell phones closed and secured for the day.

"That's a tool for kids that we provide them in order to meet that expectation. In the past we didn't have a tool. We just expected that adolescents and teenagers were going to be able to keep their phones out of sight. It failed miserably," said Wolfe.

The move comes from school principals collaborating on the problem they see - not from district officials or the school board.

According to the district, teens who spend three or more hours on devices are likely to have one suicide risk factor with risks increasing as time increases.

"The breadth of data and the depth of the data that is out there is really alarming in terms of correlation between cell phone use and social emotional challenges that teens and adolescents are facing,” said Wolfe. “We saw after returning from the pandemic last year it seemed like those trends had exacerbated and we really just wanted to really dig in and understand a little bit more about the causes and what our teens and our adolescents were seeing here at school."

Wolfe adds academic benefits include increased student engagement and work completion, but he hopes kids also feel liberated from always being on the phone and have a phone-free environment without worrying about what people were saying about them on social media during the school day. 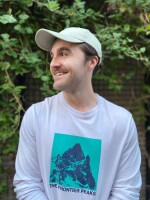