Delaware State University is reacting to an incident in which sheriff’s deputies in a south Georgia county stopped a bus carrying the school’s women’s lacrosse team to search for narcotics.

Coach Pamella Jenkins says her team was on its way home from a tournament in Florida April 20th when officers from the Liberty County sheriff’s office pulled their bus over for a minor traffic violation.

Video recorded by one of the students shows deputies telling students they would search the bus for narcotics, though the deputies didn’t offer any probable cause for the search. "“Within five minutes, there are narcotics dogs going through our luggage," Jenkins said. The deputies did not find any illegal substances.

Last week, DSU’s student newspaper, The Hornet, reported on the incident and published a video of part of the stop. Team members recounted feeling that the officers attempted to intimidate them into confessing to possession of drugs or drug paraphernalia; others, including a relative of Elijah McClain — a 23-year-old Black man killed during an encounter with Aurora, Colorado police in 2019 — commented that the stop reminded members of the majority-Black team of a long history of discriminatory policing.

Jenkins says the new attention has made her team relive the experience. "With the video and the article coming up, it’s re-traumatizing, re-living and going through it again," she said.

DSU President Dr. Tony Allen acknowledged the incident in an email to university staff and students, noting that he has reached out to Gov. John Carney, Delaware's congressional delegation and others about the subject.

Carney called the incident "upsetting, concerning and disappointing," promising to support the university as it attempts to learn more about the stop. U.S. Senators Tom Carney and Chris Coons and Representative Lisa Blunt Rochester also issued a joint statement on Monday in solidarity with the DSU students, writing that "no one should be made to feel unsafe or humiliated by law enforcement or any entity who has sworn to protect and serve them" and noting that students from historically Black universities like DSU have been frequent targets for discrimination.

Allen drew a line between the incident and a spate of bomb threats sent to other historically Black colleges and universities earlier this year, writing that both incidents "made clear that personal nobility, individual virtue and communal excellence do not exempt us from oppressive treatment." He also commended the team, along with the team's driver, for their handling of the "trying and humiliating" encounter.

The university says it is investigating the incident, though a spokesman would not comment on possible outcomes of the investigation.

Allen in his message to the University community said DSU is "exploring options for recourse—legal and otherwise—available to our student-athletes, our coaches, and the University." Delaware's congressional delegation shared their support for Allen's "decision to go 'wherever the evidence leads' him and his administration as they explore all possible options in response."

The Liberty County sheriff’s office is also launching an investigation of the incident. 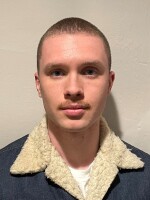