Why pickleball is America's fastest-growing sport

Pickleball is exploding in popularity in Delaware and across the country, as some five million so-called ‘picklers’ turn the game into the fastest-growing sport in America.

It’s a simple enough game. Pickleball is essentially a combination of tennis, ping-pong, and badminton, and it’s being hailed as a great equalizer – offering low-cost fun and exercise for all ages.

This week, our Kyle McKinnon sat down with Gary Conway – President of the Diamond State Pickleball Club – to learn more about pickleball and its appeal.

It looks like tennis, and it’s taking over many tennis courts nationwide and in Delaware.

It's a game called Pickleball.

Pickleball’s popularity in Delaware is growing quickly, and the same can be said across the country as some five million ‘picklers’ are turning it into the fastest growing sport in America.

Gary Conway is the president of the Diamond State Pickleball Club, and he describes the sport.

“So it's a lower net, it's about half the size of a tennis court, and it's really a paddle sport that uses a wooden paddle or a composite paddle with a wiffle ball. So it's a lot slower play than tennis. The tennis ball can go a lot faster than the pickleball, and it's really a combination of badminton, ping pong, and tennis," said Conway.

The game is less expensive than most sports and provides not only exercise for people of all ages, but social opportunities.

The game is played on a smaller court than tennis so it can be a social event with friends and family while exercising.

Many outdoor tennis courts in the First State have already been switched over to Pickleball courts with more on the way.

Conway notes this “new” game to many is not so new as it was invented in 1964 on an island in Washington, and it’s been growing since the 1990’s more so on the West Coast.

The sport was even featured on ESPN in August as part of its ESPN Ocho day of programming.

Conway explains the popularity of the sport.

"I think it's just because people are looking for a function to do that doesn't take a lot of skill or training to do it. You can pretty much pick up pickleball within an hour of one lesson and participate. You might not be an expert, but I think it's just picking up because it's a fun game and once you play it's really addicting," said Conway.

The Diamond State Pickleball Club has 220 members, and they have teaching, clinics, and courses for specific parts of the game.

There have been some negatives – mainly the noise as Conway notes the sound of paddle hitting the ball makes a unique noise that some living next to pickleball courts might find annoying. 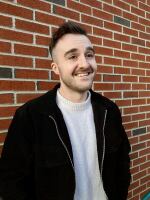